The group focuses on the development of smart sensors for the detection of atmospheric pollutant gases like COx, NOx, SOx, H2S, NH3 etc. and electromagnetic radiations based on thin film/nanostructures of metal oxides, III-nitrides, 2D materials, etc. The group is equipped with various thin film growth systems and thin film and sensor characterization facilities. Prototype metal-oxide based sensing device for CO gas has been designed and fabricated on alumina substrate with integrated platinum hot plate. Highly responsive UV photo-sensors have been developed based on III-nitride epitaxial layers and nanostructures.

Development of sensor devices for the detection of hazardous gases and electromagnetic radiations.

The Riber Compact 21 PAMBE system shown in Figure is used to grow highly quality and extremely crystalline III-Nitride materials and provide precise control over the growth parameters. The highest quality material and highest reliability are key criteria in the design and manufacture of the system. It consists of three UHV chambers namely: Load-lock chamber (to load/unload the 6-platen cassette carrying wafers into the system), Buffer chamber (to store and outgas the wafers) & Growth chamber (to perform the epitaxial growth of compound semiconductor materials). Other main parts of the system include a number of pumps and gate valves (to achieve and maintain ultra-high vacuum), a lift (to move cassette vertically between load-lock and buffer chamber) and a magnetic transfer arm (to transfer the platen between buffer and growth chamber). The main growth chamber is a vertical UHV reactor equipped with standard effusion cells, (to supply ultrapure III group materials and dopants), a rf–plasma source (ADDON) to supply active nitrogen (N*) species, a Reflection High Energy Electron Diffraction (RHEED) gun (to real time monitor the growth of crystalline layers during the growth processes), a residual gas analyser (RGA), a rotating manipulator, a flux gauge, cryo-panels, a cryo pumping system and viewports. Moreover, the substrate temperature in growth chamber was monitored by an optical pyrometer and kSA bandit temperature sensor. 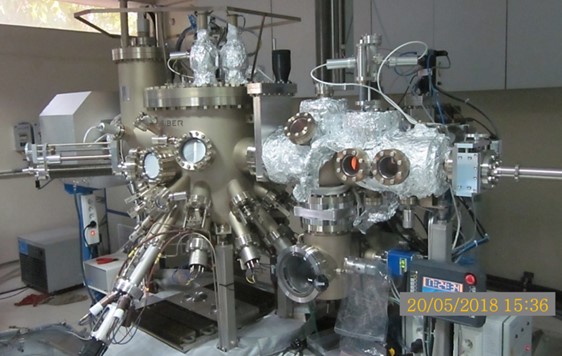 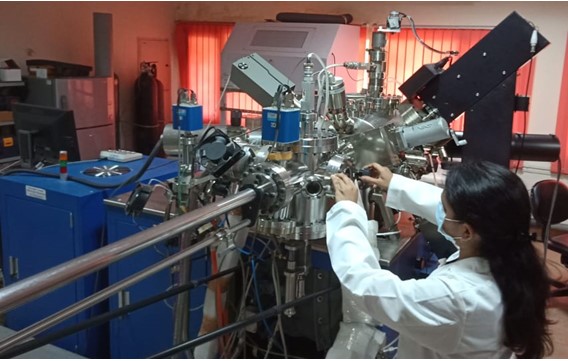 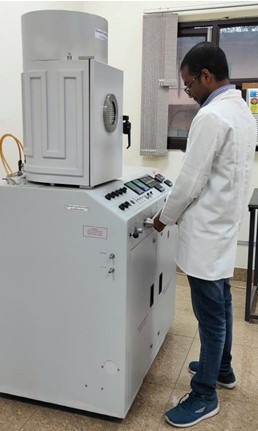 Thermal & E-beam Evaporation system is used for the deposition of metal and metal oxide thin films. 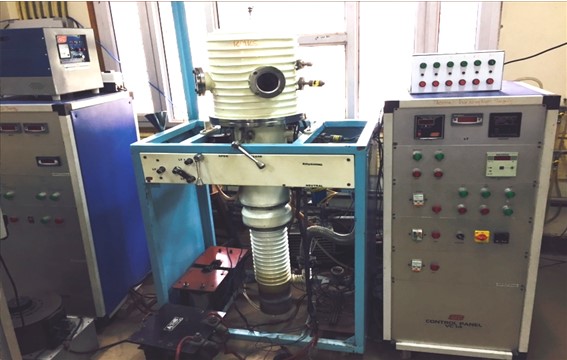 Magnetron sputtering system is used for the deposition of various metal and metal oxide thin films using DC/RF electrical power. The system has substrate heater, which can be used up to 700 °C temperature. 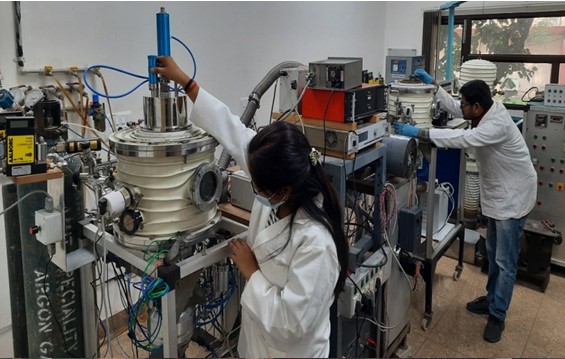 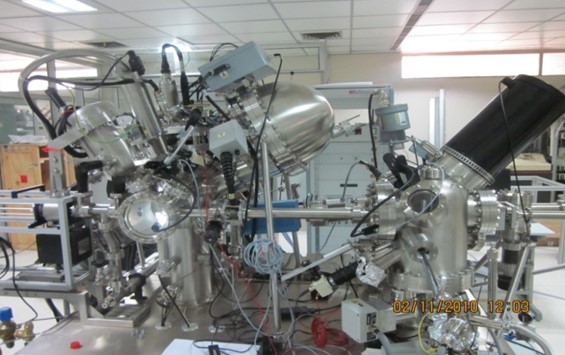 Photoluminescence is a nondestructive luminescence technique that can be used to probe the electronic structure of materials. In this method a laser source or a lamp with energy larger than the material band-gap is employed to excite electrons from valence band to conduction band. Electrons and holes recombine spontaneously either directly from conduction to valence band or involving different defect and excitonic levels in the band-gap. The emitted radiation is collimated, focused by lenses and directed to the monochromator that disperses the light into separate wavelengths. The dispersed light is then recorded by a CCD based camera detector and intensity vs wavelength plot can be viewed on a computer screen. The double monochromatic Room Temperatur