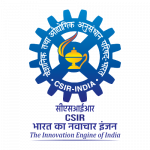 Force, torque and hardness measurements play a vital role in several industries and research in stress measurement and analysis of materials, products and process for safety, reliability, stability, efficiency, etc.

This group has been engaged in establishing primary standards in all these areas for providing the necessary traceability to the user industries across the county. This group is constantly involved in research and developmental activity for augmenting and upgrading the standards at par with other leading National Metrology Institutes (NMIs) to establish equivalence to the international system of measurements.

The one mega-Newton force standard primary machine is a dead weight cum lever multiplication machine. The dead weights are in the required denominations to calibrate force transducers of capacities 10kN, 20kN, 50kN and 100kN on the dead weight side. The dead weights are successively coupled to one another through self-aligned stubs at equidistance on the periphery so that any spurious horizontal displacement of the dead weights is minimized, leading to a very low non-repeatability deviation in realized force. The force multiplication by a factor of 10 is by a lever resting on strain controlled bearings. The machine is equipped with motors, sensors, limit switches, etc. to allow application and removal of forces with the required timing cycle. The entire operation of the machine is controlled by programmable software using a PC. The calibrations can be performed according to ISO 376, ASTM E-74 and IS 4169 by applying the required force steps in both ascending and descending order from 10% to 100% of the nominal capacity of the transducers. The CMC values of the machine are reaffirmed in an inter-comparison with PTB, Germany.

The primary torque standard machine (2000 Nm) is lever-dead weight machine, comprising of a Main Frame, 2-m long lever, Strain Controlled Elastic Hinges, torque balance drive, flexible torque couplings, etc. The torque transducer under calibration can be mounted between the measuring side (lever-dead weight) and the torque balance drive side using special hydraulic clamping bushes called ETP couplings. Strain signals produced in the hinges due to imbalance in the bending moments is brought to null to make the lever horizontal. The CMC values of the machine are reaffirmed in the CCM.TK-1.1key comparison. The machine is capable of performing calibration of precision torque transducers of highest class according to DIN 51309.

Primary hardness scales for Rockwell (including superficial Rockwell), Vickers (including micro-Vickers) and Brinell hardness are realized using dead weight force indenting units and computer interfaced indentation measuring systems, comprising of  microscopes for size and laser interferometer for depth. The hardness machines are fully automatic controlled with programmable load-time cycle, indenter velocity, etc. The calibration of standard hardness blocks can be performed according to ISO 6506-3, 6507-3 and 6508-3 using the primary hardness machines. The CMC values of the machines are reaffirmed by comparing the realized hardness values on high precision standard hardness blocks having traceability to a leading NMI. The CMC values in HRA and HRB scales are also reaffirmed in APMP key comparison.

This group is engaged in developing calibration facilities in the lower ranges in mN forces and to higher MN forces upto 5MN in compression. Future developments are envisaged in establishing dynamic force calibration, rotary torque calibration, other hardness scales etc. The other areas of research include the development of force and torque transducers of lower capacity.